We opened bids for the high school project on January 14. With all of our alternates included, the firm of Jones and Roberts was the apparent low bidder with a bid of $17,315,400. There were six bids considered and five of them were within 1.8% of one another. This is an indication that this was a very competitive process and that the drawings by IBI Group were clear. Both of these are good for the District.

“Jones and Roberts has been helping clients construct healthy and functional spaces.  Since 1965 we have grown from two small Tacoma, Washington companies into a leading regional construction firm recognized for our quality, integrity and reliability.  Our long term perspective is to build value for both the client and the community.”

Jones and Roberts were the contractors on the renovation of Toledo Middle and Elementary schools in 1996.

On Jan. 16, the Board voted to award the bid to Jones and Roberts. We signed the contract with them at the end of the Groundbreaking Ceremony on Jan. 31.

The design team's  estimate for the project was approximately $19 million. The $17.3 million bid gives us the prospect of being able to go back to the original designs from our community and add back some of the features that were eliminated in the bid plans. This collaborative process will provide additional value to the final facility. 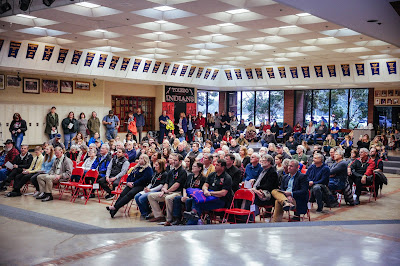 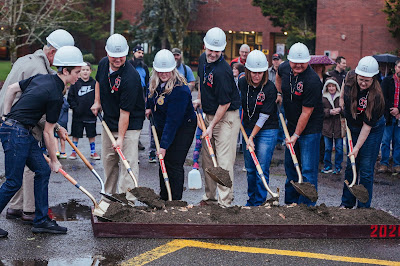 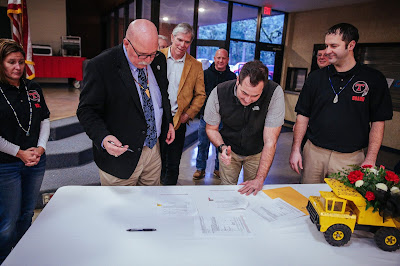 We’ll be meeting with Jones and Roberts on Feb 13 for the preconstruction meeting. This is where we’ll get into the details of construction and phasing. You should see evidence of construction taking place by the end of February. First steps will be construction fencing and a new, temporary main entrance to the south of the current entrance (away from the gym).

This is an exciting step forward in creating a new Toledo High School. Thanks to the generosity of our community and the participation of Washington State, Toledo will get a new school that is designed to last another 50 years.